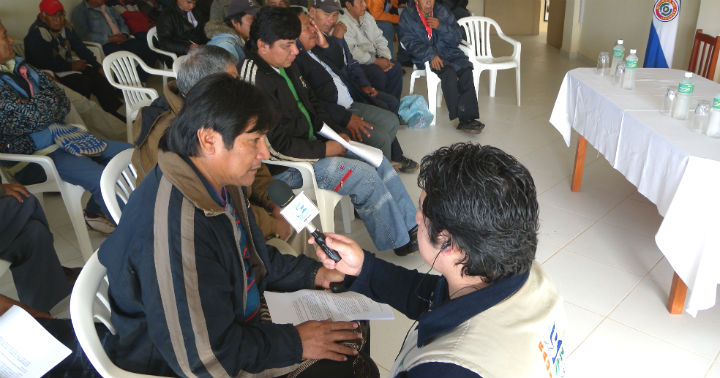 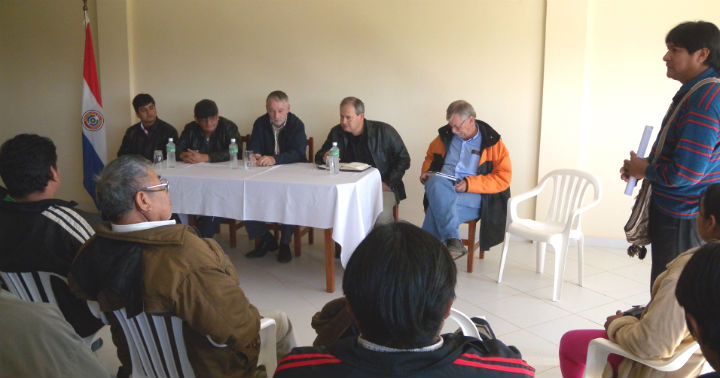 Indigenous groups from the Paraguayan region of Boquerón want to regain control over their land. The groups‘ leaders presented their bids to the governor and community administrator during a meeting organized by PROINDIGENA on the 30th June. They presented a position-paper in which they outlined the longstanding, illegal sale of their land and made specific demands for change. One of their main demands is the creation of a governmental office, that specialises on questions of land use.

The AMBERO team has been supporting the dialogue between indigenous groups and state institutions in Boquerón, North Paraguay, since April 2012. PROINDIGENA has been organizing discussion forums and workshops since the start of the project. The aim is to contribute to improving an inter-indigenous network and to develop a common position on matters of land rights. The groups were able to develop a clear line of argumentation on regaining and conserving indigenous territories.

The groups are now awaiting the inauguration of the new president, Horacio Cartes, on the 15th August. The hope is that the new government will take the decade long land problems of the indigenous population into serious consideration and that it will actively support the responsible state institutions.