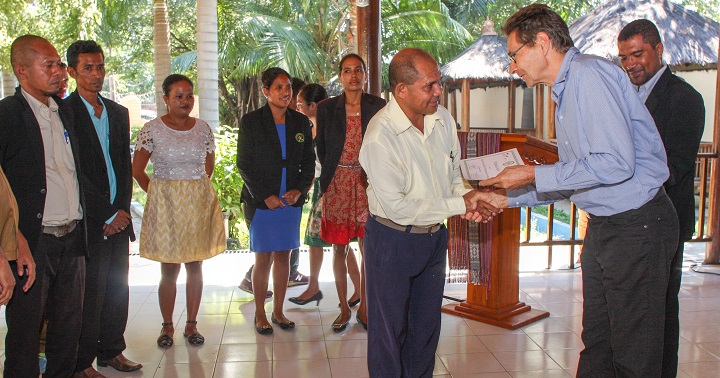 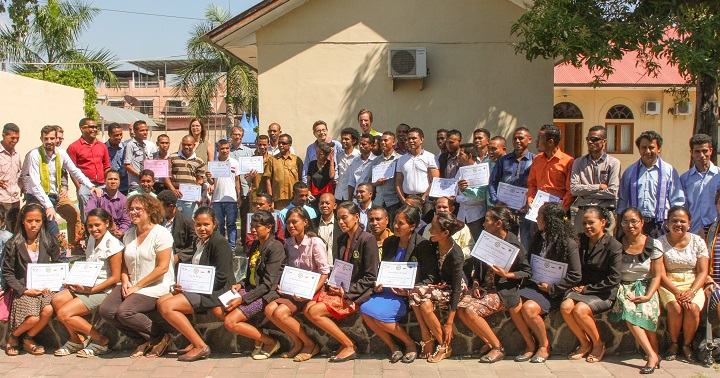 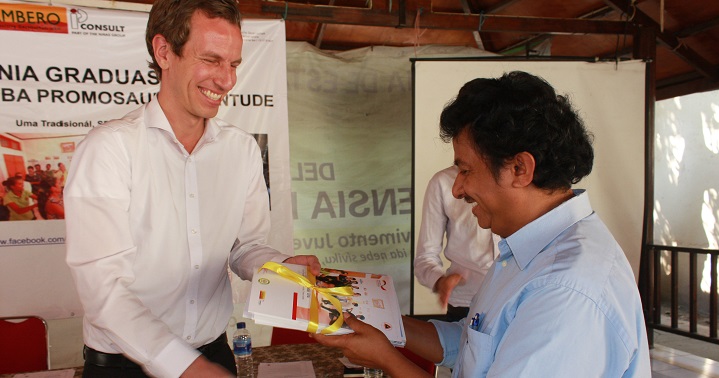 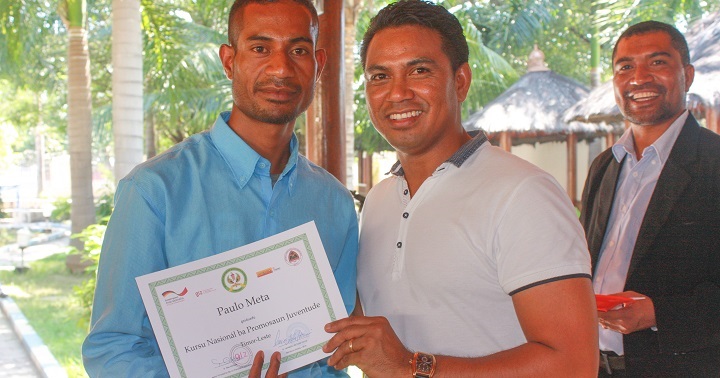 The first ever graduates of the National Course for Youth Promotion were honoured in a graduation ceremony in Dili, Timor-Leste, on July 6, 2016. 47 youth leaders from four municipalities – Aileu, Ermera, Manatuto and the capital Dili – completed the 20 day course between June 2015 and April 2016.

Typically these youth leaders work for local youth centres, GIZ funded NGOs and the Secretary of State for Youth and Sport (SSYS) – the implementing partner of the GIZ Peace and Youth Promotion Project within which AMBERO (lead member of the consortium) has implemented this initial course. The National Course for Youth Promotion comprised 6 modules including 1) Youth Promotion, 2) Peacebuilding with Youths, 3) Managing Youth Projects, 4) Human and Child Rights, 5) Gender Awareness and 6) Preventing Corruption.

The graduation ceremony attracted senior SSYS officials and other influential players in the country’s youth sector including youth parliament representatives, local NGOs, as well as international and UN agencies working closely with GIZ. During the graduation ceremony, Timor-Leste’s Secretary of State for Youth and Sport Mr. Leovigildo Da Costa Hornai awarded completion certificates to the youth leaders and encouraged them to continue to share the training with youths in their own communities and organisations. He spoke passionately about the “paradigm shift” that needs to take place in Timor-Leste’s youth education approach – namely from a top down lecturing style typical of the nation’s schools, and towards bottom up facilitation that recognizes and builds upon the strengths of young people to pursue their own actions for positive change.

During course implementation AMBERO initiated a “co-facilitator” model which promoted course participants to facilitate some units of the training themselves in other municipalities. In addition, almost half of the graduates were mobilised by AMBERO to facilitate other training in the past year including for youths attending the country’s Youth Motivators for Development (September 2015), Youth Camp (November 2015) and Youth Parliament Alumni (April 2016) activities, as well as to train GIZ-funded NGOs (May 2016). Youth leaders have been delighted with the chance to apply their new skills by empowering other Timorese youth. They now confidently refer to themselves as both “youth promoters” and alumni of “AMBERO University”.

As a result of the enthusiasm that both the graduates and the Secretary of State have for this course, GIZ has decided to extend AMBERO tenure and up-scale this training model into four new municipalities during the second half of 2016. Naturally, the first batch of course graduates will facilitate the training themselves with the backstopping of AMBERO, who will continue to provide coaching and mentoring behind the scenes.

Images from the first Timor-Leste National Course for Youth Promotion can be found on the project’s facebook page.