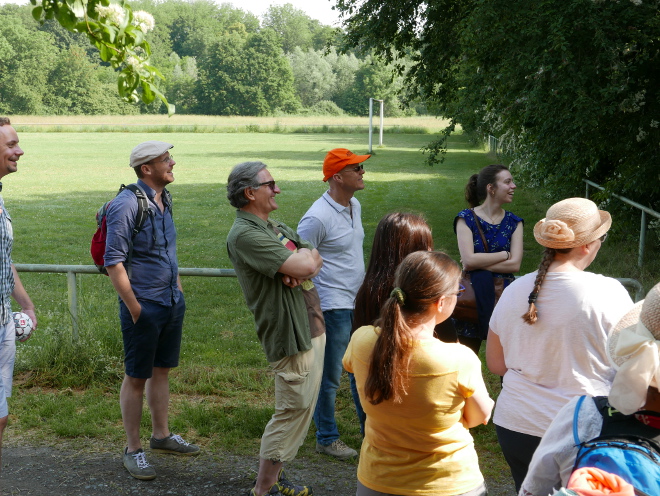 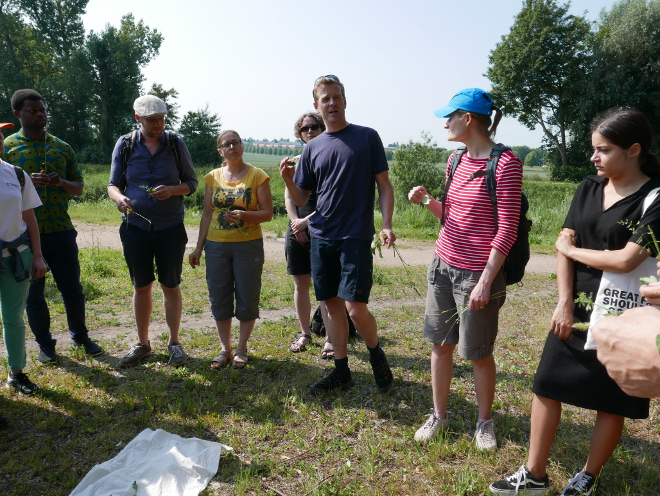 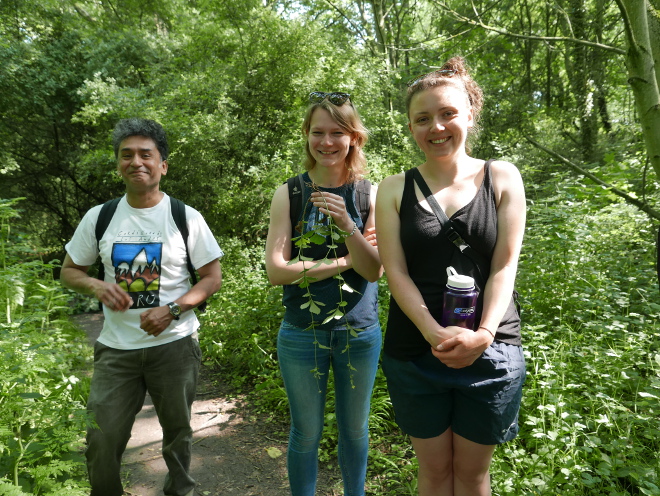 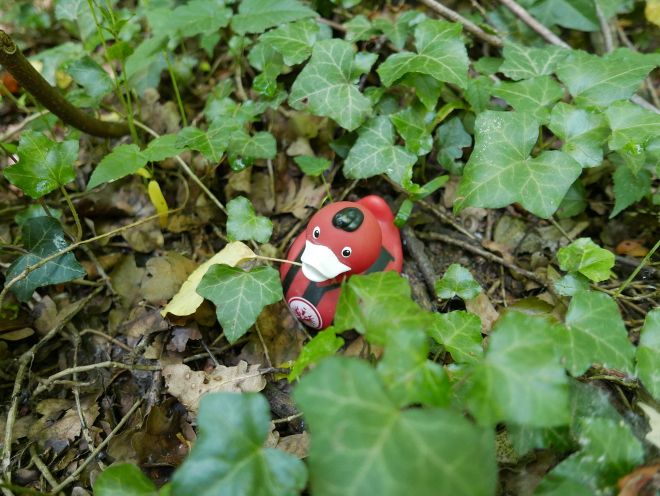 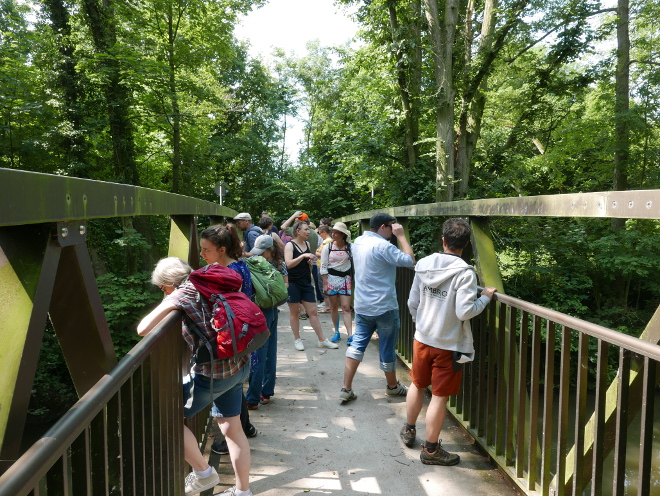 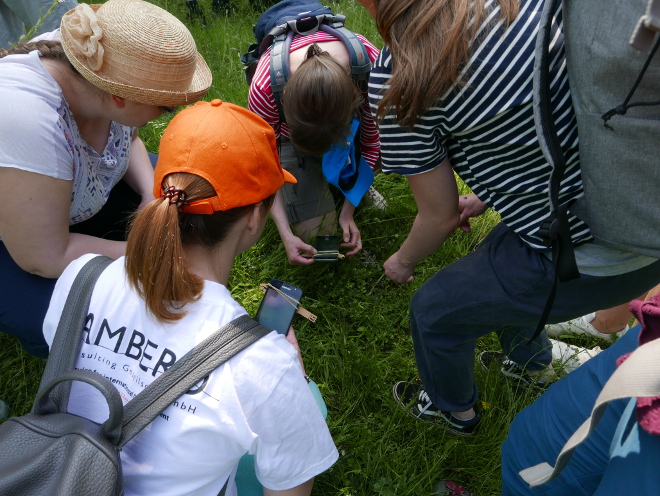 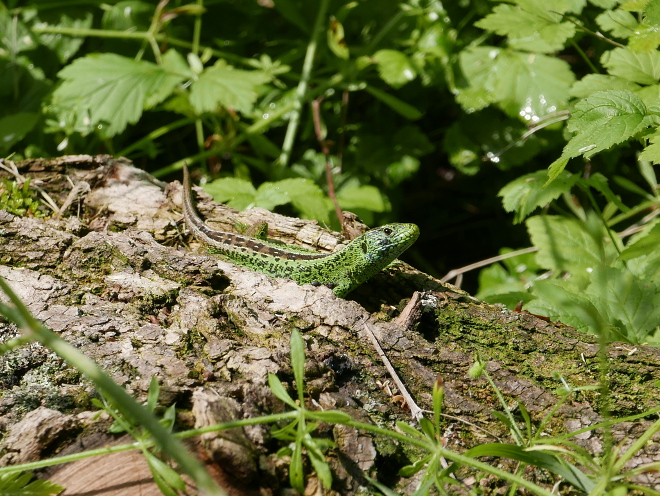 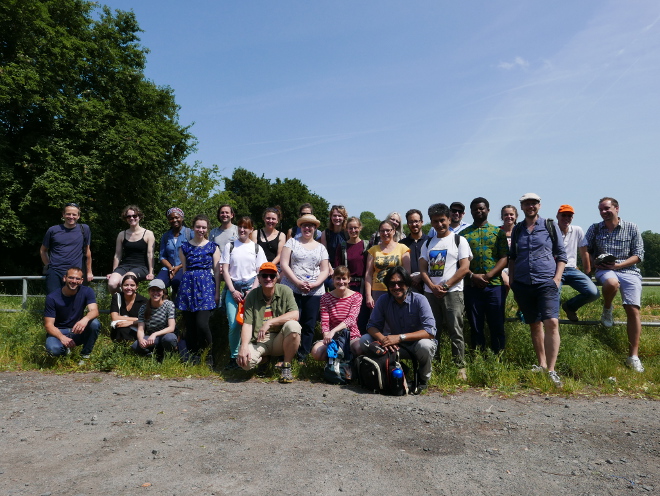 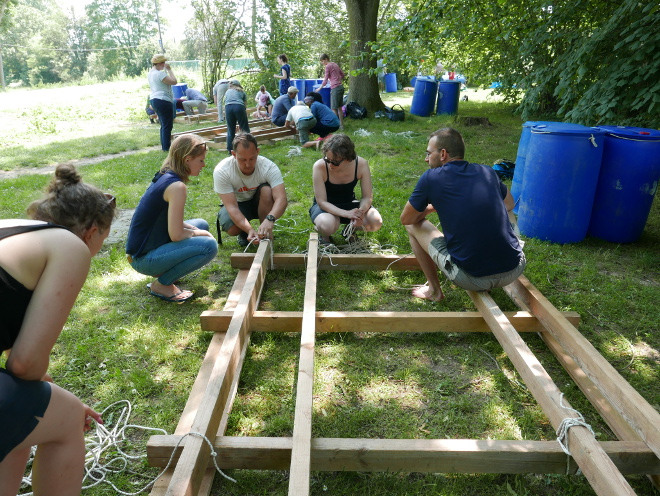 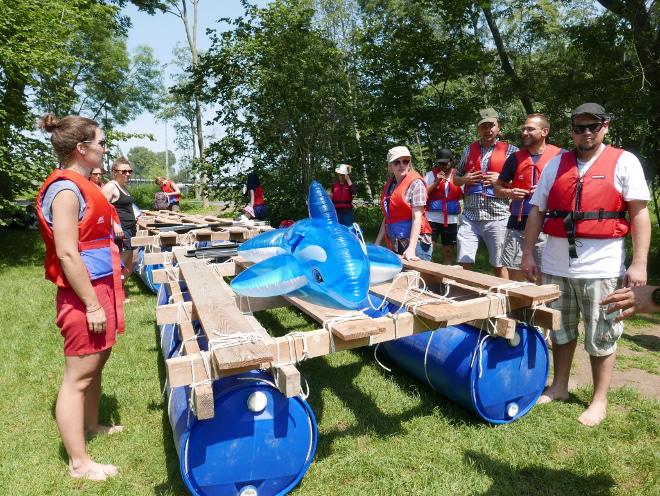 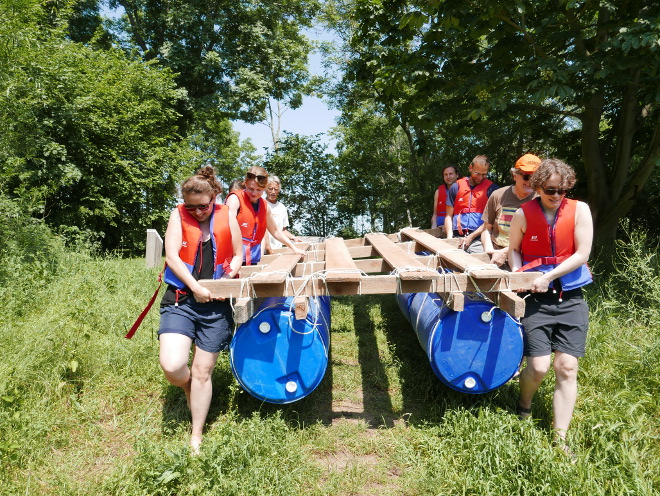 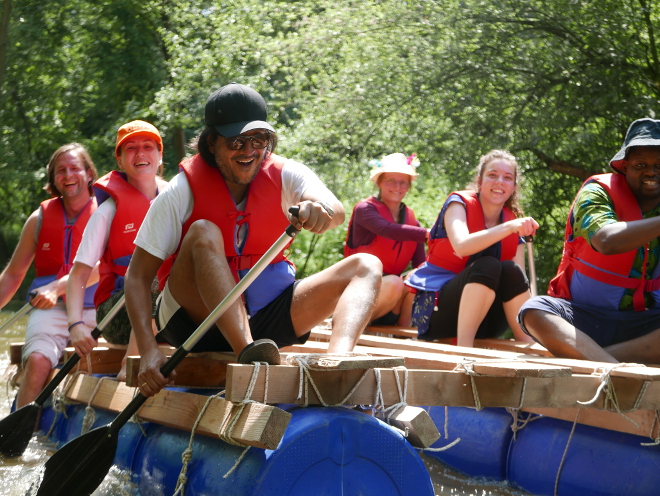 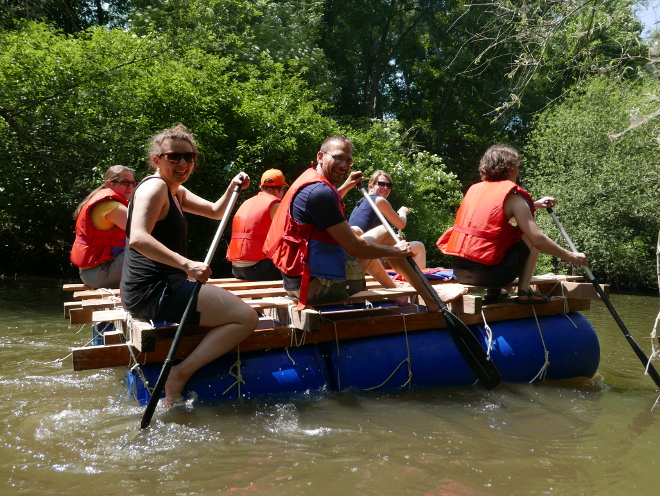 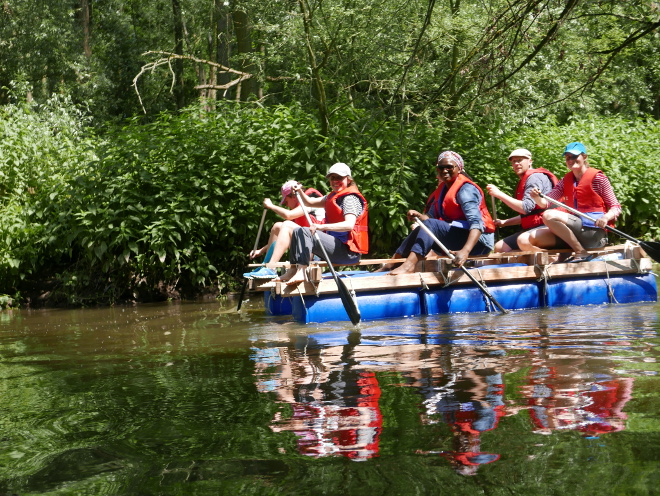 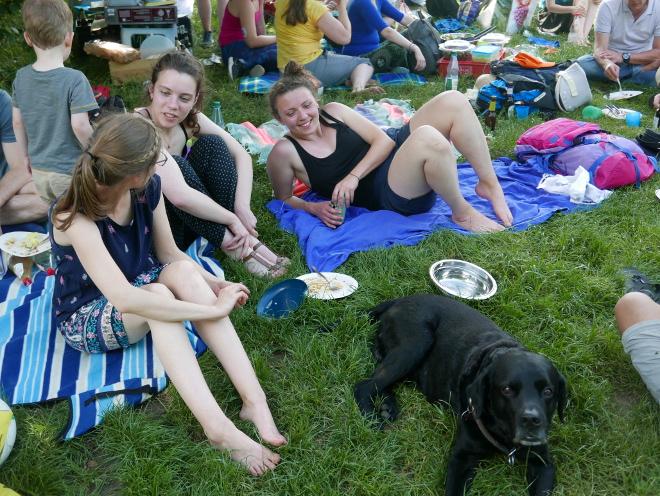 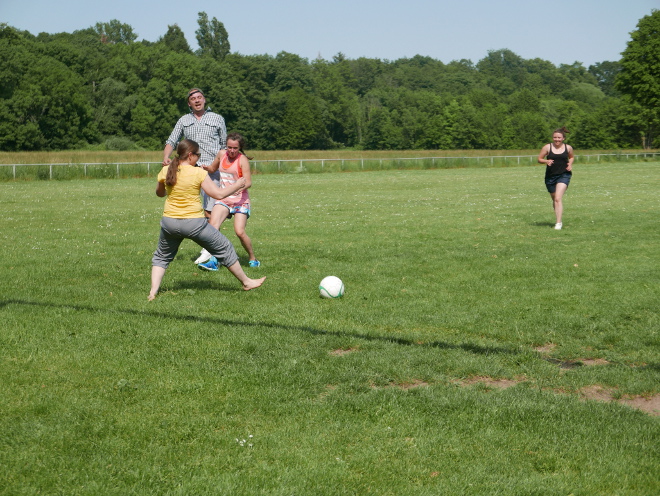 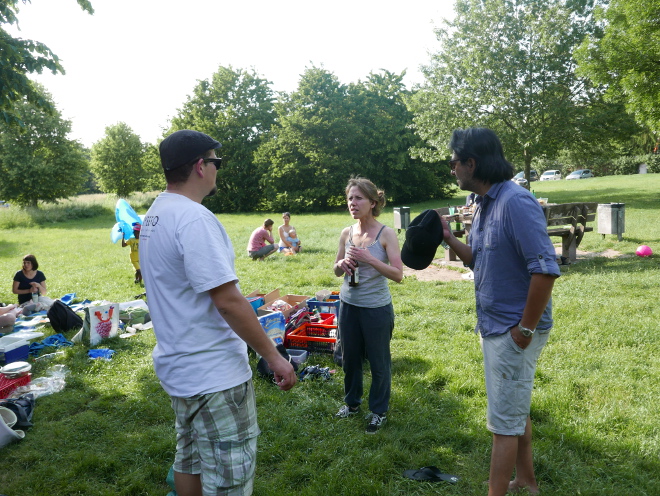 Every year, AMBERO organizes a company outing, this is a unique opportunity for the team to get to know each other and the surroundings of Kronberg and Frankfurt.

Therefore, on Tuesday, June 4, 2019, the entire AMBERO team was equipped with walking shoes and sunglasses and met in Bonames, north of Frankfurt.

The day started with a 2-hour excursion in the Nordpark, where  the project „Städte wagen Wildnis“ was presented to us interactively by Frieder Leuthold, representative of the city’s Environment Bureau. This project, launched in only 3 cities in Germany (Dessau-Rosslau, Hanover and Frankfurt), aims to create urban spaces where nature regains its rights and where residents can come and enjoy the calm while being in the countryside close to the city. More information on this project can be found here.

Then the team walked to close by  Harheim, which lies on the banks of the Nidda river and learned how to build rafts and then set out to build four on which we then rowed downriver for an hour.

This cheerful day ended with a delicious barbecue that resulted through a communal effort. Many colleagues were joined by their families.