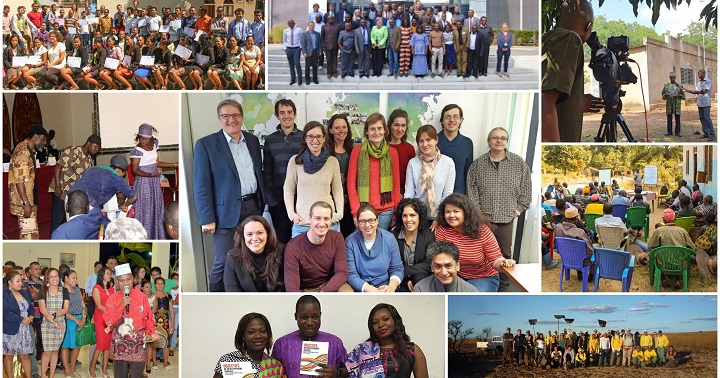 AMBERO’s fourteenth year of existence lays behind us, which was characterized by successful project completions and exciting challenges in new projects, as well as countries.

The AMBERO-IP-NIRAS-Team in Timor-Leste for instance has, through the successful completion of the GIZ project ‘Managing Agrobiodiversity for sustainable livelihoods in Timor-Leste’, helped to steer the focus of more than 500 pilot farmers in five municipalities on almost forgotten species in addition to their modern relatives. Agro-Biodiversity – an unknown concept in the country in the past – is now on everyone’s lips in Timor-Leste and endeavors to protect and develop local crop diversity and reintroduce old varieties to be used beyond the project phase.

On July 6, 2016, for another project in Timor-Leste, ‘Peace Development, Youth Promotion and Fight against Corruption – Peacefund in Timor Leste’, project representatives from AMBERO and GIZ honored the first 47 graduates of the National Course for Youth Promotion, in the preparation of which AMBERO was substantially involved in.

Furthermore, together with the Centre for Interdisciplinary African Studies (ZIAF) of the Goethe University Frankfurt, AMBERO has carried out the first COMIFAC summer school for the GIZ. Participants from overall nine central African member states of the RIFFEAC network (Réseau des institutions de Formation Forestière et Environnementale de l’Afrique Centrale) were invited to deepen their understanding in topics such as sustainable forest management, protected area management, climate and climate adaptation, Access and Benefit Sharing, cartography and GIS during a two-month course in Frankfurt.

Since February 2016, AMBERO works, together with GKW, on the subsequent phase of the GIZ program of decentralization and municipal development (PDDC) in Burkina Faso. In this context, AMBERO-GKW supports the creation and the further development of cooperative relations between municipalities, civil society organizations (particularly women groups) and local radio stations in the Eastern and South-Western regions.

Since July of 2016, AMBERO, furthermore, works on the ‘ProEnfant’ project, which aims to implement the Rights of the Child in Burkina Faso. Together with its consortium partner Internationaler Bund (IB), the AMBERO team focuses on the topics of human rights and combating of child labor and child trafficking.